To share your memory on the wall of Edward Trenchard, sign in using one of the following options:

Ted grew up in Scarborough and moved to NL to study at MUN. It was there that he met Dianne. In 1978 he started teaching at Ascension Collegiate in Bay Roberts and retired in 2012. He loved playing ball and was a die hard Chicago Bears and Chicago Blackhawk fan. Ted weight trained and jogged for years. (Many locals said they could set their clock by him ! )He loved crisscrossing the globe with Dianne. They shared amazing experiences and made dear friends in Australia and South Africa.

He may be gone but he will never be forgotten.

Receive notifications about information and event scheduling for Edward

There are no events scheduled. You can still show your support by sending flowers directly to the family, or planting a memorial tree in memory of Edward "Ted" Trenchard.
Plant a Tree

We encourage you to share your most beloved memories of Edward here, so that the family and other loved ones can always see it. You can upload cherished photographs, or share your favorite stories, and can even comment on those shared by others.

Posted May 06, 2020 at 07:15pm
Sorry for your loss Dianne. Im sure you will cherish the memories of Ted forever. I still have a few fond memories of growing up in Gander when we were young. Thinking of you.
Comment Share
Share via:
PF

Posted May 05, 2020 at 11:56am
Diane and Ryan, our sincerest condolences. I was so saddened to learn of Ted's passing. He was a great guy and I certainly enjoyed our encounters . 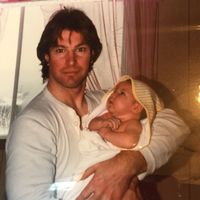 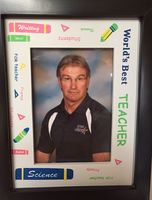