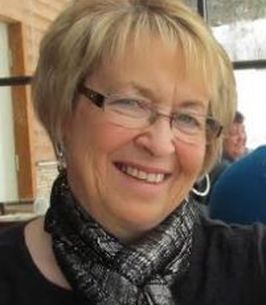 Passed peacefully away, after a sudden illness, surrounded by her family, Mary Vivian Shute of Harbour Grace. Age 72 years.

Mary loved her family, friends, coworkers, her garden, the beauty of nature all around her, her church and her communities (both Harbour Grace and Upper Island Cove). Those who were blessed to have her in their life knew they were loved unconditionally and had a fiercely loyal individual in their corner.

Born and raised in Upper Island Cove she stayed strong to her roots, never missing a special occasion from Town Christmas parades, church services, a performance by the Brass Band or a function at the Rec Center. If it was happening in Upper Island Cove, she was there.

Mary worked her entire career in the seafood industry. She spent 45 wonderful years in Port de Grave from Argosy Seafoods, to the Daley Brothers and the Barry Group where she retired just two years ago. She had a pride in her work that was immeasurable, and did everything she could to look after the plant workers, being both a friend to each of them and a spokesperson for everything important to their livelihood.

Mary was a natural leader in her community having served as treasurer of St. Peter’s Church for almost 30 years, President of St. Peter’s ACW, Deanery President of ACW, various Synod committees and Parish Counsel, a lay reader for almost 30 years, Mayor of Harbour Grace South, President of the Hockey Moms, a member of the Harbour Grace for Hockeyville Committee, Chair of the Miss Newfoundland and Labrador Committee for 10 years, co-chair of the committee to bring Dialysis in CBN and a volunteer for both the 1992 and 2012 NL Summer Games. In her “spare time” she could be heard in any arena cheering for her grandchildren, neighbour’s children, nieces and nephews or a CeeBees team of any age, she could be found in a berry patch on the hills of South Side or Upper Island Cove or in her beautiful garden, it was her true labour of love.

Mary was a woman of strong faith and when prayers were needed, she prayed, for everyone she knew and then some. She lived with a grateful and spiritual heart. The love and support shown to her and her family over the last few days is a testament to who she was and how she lived.

As Mary has said about others “Well done faithful servant, well done.”

The family will be receiving relatives and friends at Slade’s Funeral Home, Cranes Road, Upper Island Cove on Wednesday, October 26: 10:30 A.M.-9 P.M. and Thursday, October 27: 10:30 A.M.-8:30 P.M. As expressions of sympathy, flowers are gratefully accepted or donations in her memory may be made to St. Peter’s Anglican Church, Harbour Grace South.

Condolences may be written to the family at: sladesfuneralhome.ca , on the Memory Wall section of the obituary. For further information please call Slade’s Funeral Home, Upper Island Cove at 589-2250.