To share your memory on the wall of Mike G. Lynch, Sr., sign in using one of the following options:

Provide comfort for the family by sending flowers or planting a tree in memory of Mike G. Lynch, Sr.

Provide comfort for the family by sending flowers or planting a tree in memory of Mike G. Lynch, Sr.

And many other relatives & friends

Due to the current COVID-19 Pandemic, a private funeral service will take place.

In lieu of flowers, as expressions of sympathy, donations may be made in his loving memory to a charity of one’s choice.

There are no events scheduled. You can still show your support by sending flowers directly to the family, or planting a memorial tree in memory of Mike G. Lynch, Sr..
Plant a Tree

We encourage you to share your most beloved memories of Mike G. Lynch, Sr. here, so that the family and other loved ones can always see it. You can upload cherished photographs, or share your favorite stories, and can even comment on those shared by others.

Posted Jul 10, 2020 at 08:26pm
Sending our sincere condolences to Mikes family on his passing. He will be truly missed .God Bless .
Comment Share
Share via:
S

Posted Jul 10, 2020 at 06:56pm
Michael, Kim & family: We send sincere condolences to your whole family. We will keep you in our thoughts and prayers as you go through this difficult time. Cherish your memories.

Posted Jul 10, 2020 at 03:41pm
Condolences to the Lynch family
Sharing in you sadness as you remember Mike
from Lewis & Elizabeth Hutchings ( Tilton )
Comment Share
Share via:
MH

Posted Jul 10, 2020 at 03:20pm
So sorry for your loss Michael ,Kim ,Nicholas and Steven. thinking of you at this difficult time our thoughts and prayers are with you.
Melanie and Theresa Greeley
Comment Share
Share via:

Micheal, Kim & Family so sorry to hear about your Dad. Your Dad was a wonderful kind and loving man and I know will be surely missed by you all. Our thoughts and prayers are you as you go through this difficult time. Hugs to you all. 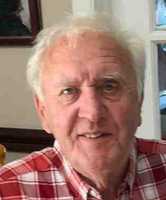