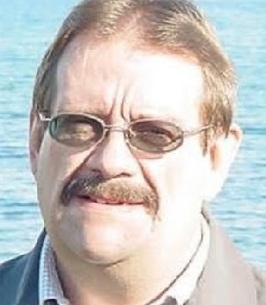 It is with profound sadness that we announce the sudden, but peaceful, passing of our brother Philip Andrew Lundrigan, age 62 years, on May 14, 2022 at his home in Upper Island Cove.

In addition to his advocacy work on behalf of people living with AIDS/HIV, people with disabilities, the Voice for the Voiceless and fostering animals for the SPCA, Phil was elected as a member of the Town Council of Upper Island Cove, serving as deputy mayor and then spent four years as Mayor.

For the last fifteen years, Phil lived in his own home in Upper Island Cove, enjoying a quiet life in the house where he was born. There, in his wheelchair accessible “workshop”, he spent many hours working on different wood projects and enjoying the sunrise and sunset out over the Atlantic Ocean.

Despite all of his struggles over the years, Phil possessed an attitude of positivity, resourcefulness and determination, and an inner strength that we know propelled him forward every day. His voice is silent now, but his words and good deeds will forever live on!

Through his advocacy work, Phil has been and continues to be an inspiration to all of us who have had the pleasure and privilege to know him. He leaves behind many cherished memories for so many people, far and wide.

Rest In Peace dear brother, until we meet again. We love you!

Cremation has taken place. As per Phil’s request, a celebration of life will be planned at a place and time yet to be determined. The public will be informed and invited to attend.

In lieu of flowers, a donation to the Kidney Foundation of Canada, or a charity of your choice, would be kindly appreciated.

Condolences may be written to the family at: sladesfuneralhome.ca, on the Memory Wall section of the obituary. For further information please call Slade’s Funeral Home, Upper Island Cove at 589-2250.