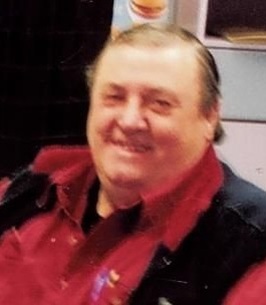 A skilled lifelong electrician for many years who gave freely of his time throughout his community in a variety organizations and causes, notably his favorite, participation in McHappy Day for Ronald McDonald Charities. He was a founding member of the Upper Island Cove Volunteer Fire Department, a charter member of the Shearstown Lions Club and a long-time member of the Royal Canadian Legion, Bay Robert's Branch.

There will be no funeral service; cremation has already taken place. A memorial service will be held in his memory at a later date. Donations in his memory, may be made to the Canadian Cancer Society.

The family wishes to extend their gratitude to the members of the Upper Island Cove Volunteer Fire Department, the Emergency Unit Staff and the Palliative Care Team at Carbonear General Hospital. Their kindness and compassion is deeply appreciated and will never be forgotten by his family.

Condolences may be written to the family at: sladesfuneralhome.ca , on the Memory Wall section of the obituary. For further information please call Slade’s Funeral Home, Carbonear at 596-1212.