To share your memory on the wall of Edward (Ted) French, sign in using one of the following options:

Leaving to mourn with loving memories:

The love of his life, wife and best friend: Sandra; his children: Kim and Rob; his brother-in-law: Bill (Marie) Drover; his close friend: Ian Moores and a large circle of friends.

He is predeceased by his parents: Lionel and Marjorie French and his father and mother-in-law: Dr. Howard and Lillian Drover.

Ted was born in St. John's and in his youth moved to Bay Roberts where he grew up. After a brief stint in the St. John's Fire Department, Ted began his career in the car business. He was a very successful salesman and after several years, began his own dealership in Bay Roberts known as Ted French Pontiac-Buick-GMC. He was a very friendly and people oriented person and enjoyed much success in his business.

Ted was also very proficient in things mechanical and took great pride in restoring motors and other items to good working order.

He also enjoyed hunting and fishing; and he especially loved his fishing trips to Labrador with his good friend Roger Pike.

Ted had many friends throughout the Province and was especially well known in the Trinity-Conception area. He will be missed by those people whom he met on the road of his life. Ted and Sandra had a cabin at Ocean Pond and in all seasons of the year, they went there to relax and enjoy the beauty and tranquility of the area.

Due to the Covid-19 restrictions the celebration of Ted's Life will be held at a future date, to be announced. Cremation has taken place.

Ted's family and the staff of Slade's Funeral Home encourage people to post their condolences, share photos and tributes by visiting the online memorial guestbook at www.sladesfuneralhome.ca

Receive notifications about information and event scheduling for Edward (Ted)

There are no events scheduled. You can still show your support by sending flowers directly to the family, or planting a memorial tree in memory of Edward (Ted) French.
Plant a Tree

We encourage you to share your most beloved memories of Edward (Ted) here, so that the family and other loved ones can always see it. You can upload cherished photographs, or share your favorite stories, and can even comment on those shared by others.

3 trees were planted in the memory of Edward (Ted) French

Posted Jul 20, 2020 at 07:48pm
Dear Sandra,
Just heard- sincere condolences from Bob and Helen- Fondest memories of our many moose hunting trips (first was in 1976) and get togethers. We always considered Ted one of our very best friends.
Deeply sorry for your loss Sandra, Rob and Kim
Our love always,
Bob and Helen
Comment Share
Share via:
A

Posted Jul 20, 2020 at 05:45pm
We only just heard of Ted's passing and are sorry for your loss. We have lots of good memories of his time in the fire station and at Ocean pond.
Arch and Dulcie Janes
Comment Share
Share via:
RB

Sorry to hear of Ted’s passing, my sincere condolences.
I met Ted in the early fifties while on holiday in Bay Roberts. We had lots of fun doing the things that boys do in a seaside community. I also remember visiting him in St . John’s at a home on St. Clare Avenue. We have been friends since then and have crossed paths on many occasions at Ocean Pond.
As a former chairman of the Ocean Pond Road Committee he did a great deal of much appreciated work organizing road upgrades in the summer and snow clearing in the winter.
His presence at Ocean Pond will be missed.

Posted Jun 16, 2020 at 07:34pm
To the French family, please accept my deepest condolences on the death of Ted. I meet Ted in Ocean Pond where we have a summer home. Ted was the first president of the Ocean Pond Road Committee and I served as the Treasurer. He serviced with destination in this role for many years and I learned a lot from Ted. Without any doubt under his leadership we had the best road red in Ocean Pond.
A wonderful kind and professional man who will be missed by all that had the privilege of meeting him.
Rest in peace and we will remember him in our prayers. 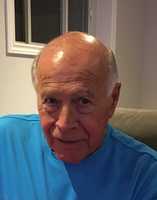 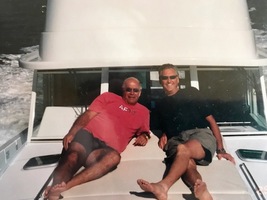 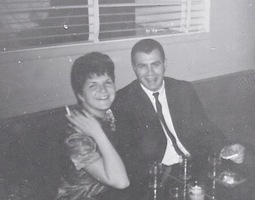 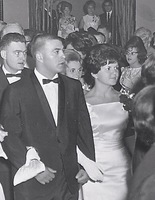